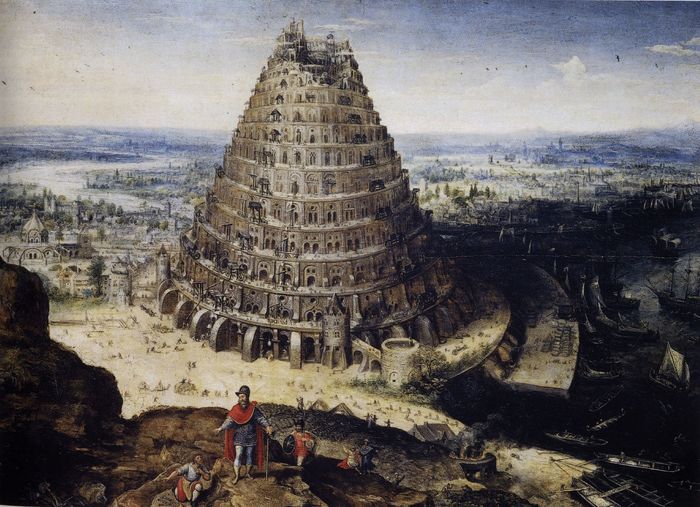 SHINAR, BABYLON- God responded to the leaked Tower of Babel Commission Report by confirming that his plan to destroy the world’s first tall building and create new languages to confuse the human race didn’t pan out the way he hoped. The Tower of Babel incident resulted in 2,598 deaths and $3.2 trillion in destroyed property.

“Look, I get it. I recently wiped most of humanity out in a flood and they wanted payback. I’d do the same thing. But seriously, what were they going to do when they finished the building, kill me? Only Joe Biden can do that and he wouldn’t be around for another few thousand years. Honestly, I saved them from a huge act of futility.”

The alleged genocide flood aside, the leaked 463 page Babel Report details various missteps and miscalculations taken by God throughout the entire process that eventually led to taller buildings being built and the emergence of Google Translate to deal with different languages.

“There are two fundamental errors with the Babel plan,” a spokesperson for the Babel Commission stated. “First, God forgot that heaven isn’t in outer space and that humans would start to run out of livable atmosphere the higher they went.” The Babel Report mentions Zeus, the Greek god who lives on a mountain, trying to convince God that heaven isn’t higher up than where Zeus sits on Mount Olympus.

“Yeah he [Zeus] tricked me into thinking that the heavenly realm is at the same altitude as Mount Olympus. I mean, technically heaven is on the astral plane while earth isn’t, but that detail slipped my mind while Zeus was egging me on to destroy something. To his point, I hadn’t mastered the art of targeted destruction yet.”

The Babel Report goes on to state “the second fundamental error was the shortsighted use of divine foresight.” In his omniscience God neglected the evolution of structural and aerospace engineering leading to the development of skyscrapers and space exploration. He further failed to grasp the rise of the liberal elite language translator class, Google Translate, and mixed language parenting.

God confessed, “I was never a fan of the Willis Tower, but it dwarfs the Tower of Babel and the younger me would have destroyed that along with all the other thousands of buildings that are taller than Babel. And I totally did not see Duolingo coming. That’s on me.”

An anonymous source confirmed God had to retake the Omniscience 301 course during his time in college, which undoubtedly contributed to his foresight faux pas.

The Tower of Babel Commission Report will be officially released on the upcoming Yom Kippur, the holy day of atonement. It is unclear whether God will ask forgiveness for his errors and missteps that led to thousands of deaths and trillions of dollars in destroyed property. It is also uncertain how God will atone for his own sins (if he asks forgiveness), since he already sacrificed his Son, Jesus, and does not knowingly have any other divine children.

“I’ll figure something out. Zeus owes me a favor and he’s got lots of demigod kids. We’ll see,” said God. “This whole atonement thing was my idea from the start, so I think I can tinker with the rules.”